In 2025, the Montgomery Bicycle Club will commemorate the 60th Anniversary of the Selma to Montgomery Voters Rights March. While riding the Selma to Montgomery National Historic Trail, we encourage riders to stop and see the sights, envision the march, feel the tension, cross the bridge, follow the paths of the foot soldiers, and end in triumph. It will be an unforgettable day full of sights and memories we will never forget. Watch this page for more information about the 60th anniversary supported ride on February 22, 2025 to be once again put on by our club. In the mean time, we are leaving the links to the course route so that anyone who wishes to make the historic trek by bicycle will have the routes available to them. We look forward to seeing you in Montgomery on February 22, 2025! If you have any questions about riding while you are here, please contact us.

​Please see the Schedule of Events for the Selma 60 Ride weekend at the Ride Schedule page online at www.MgmBikeClub.org/Selma55RideSchedule.
REGISTRATION CLOSES ON JANUARY 20, 2025.
Please Email us at Selma55Ride@MgmBikeClub.org with any final ride questions.
NOTE: The Selma to Montgomery ride is a rain or shine. All registrations are final. No refunds, cancellations, or transfers.
Information for the Selma 55 Ride
The Montgomery Bicycle Club invites you to commemorate the 60th Anniversary of the Historic Selma to Montgomery Voting Rights March with a bicycle ride. Registration will go online around February 22, 2024 at TinyURL.com/Selma60Ride

The ride will have full SAG support along with snacks/refreshments at the following mile rest stops (mile 8, mile 22 and mile 42). Rider registration for cyclists includes breakfast, one-way bus transportation from Montgomery to Selma for the cyclist and your bicycle, SAG and Mechanic support along the route, plus a post-ride meal in Montgomery. If you have non-cycling guests that would like to join you, we have a non-cycling tourist bus package that also includes breakfast, round-trip transportation from Montgomery to Selma, historic stops for sightseeing along the way, bus transportation back to Montgomery, plus a post-ride meal.

Cyclists will follow the same 51-mile route that the foot soldiers took during their tension-packed march across the Pettus Bridge to the steps of the Alabama State Capitol, where Dr. Martin Luther King, Jr., and a host of others, addressed a crowd of 25,000 people in support of voting rights.

In 1965 the Voting Right marchers walked an average of 12 miles per day and slept overnight in nearby farmer's fields.  The weather was unusually cold with rain almost every day and temperatures near freezing. Registered cyclists will be riding the entire 51 miles in a single day, and the weather may be cold, windy, rainy, as it was in 1965.

The cyclists' journey will begin in Montgomery on the steps of the State Capital building for a large group photo, followed by boarding charter buses to take the cyclists and their bikes 51 miles to Selma. The NPS Selma Interpretative Center should be open for a quick visit before heading to the Edmund Pettus Bridge for pictures and the emotional group start.

The first rest stop will be eight miles outside of Selma near Camp Site One. Reaching Camp Site One was a victory in itself as the first attempts to march to Montgomery were turned back at the foot of the Edmund Pettus Bridge.

Our primary rest-stop (#2) will be at the National Park Service Lowndes County Interpretative Center, ride mile 22, between Selma and Montgomery. We invite you to take time and tour the Interpretive Center before you ride past Camp Site Three and the Viola Luizzo memorial.

Once riders enter the Montgomery city limits, they will ride past The City of Saint Jude, which was the location of Camp Site 4.  The final few miles of the ride into Montgomery will pass The Rosa Parks Museum before heading up Dexter Avenue and The Dexter Avenue King Memorial Baptist Church and arriving at the Alabama State Capitol finish.


If you only want to order a Commemorative Jersey, Thermal Arm Warmers and/or T-Shirt,
​visit the MBC Store at www.MgmBikeClub.org/Selma55RideClothing to place a clothing order.

GPX Track (.gpx)
Useful for any GPS unit. Contains no cuesheet entries, only track information (breadcrumb trail).
Will provide turn by turn directions (true navigation) on the Edge 705/800/810/1000, but will not have any custom cues. 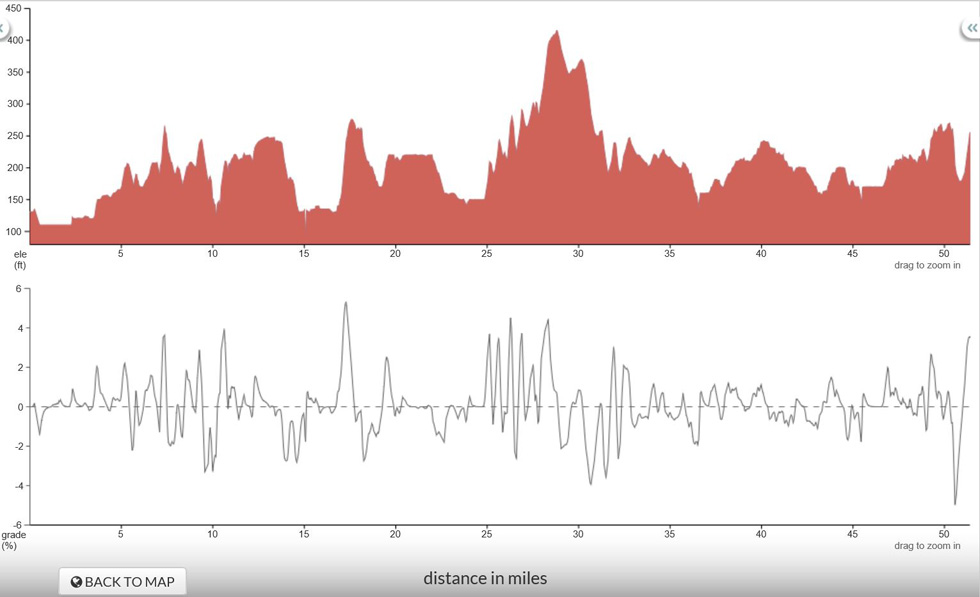